By virtue of living in Prague, the husband and I have the fortune of being based in the heart of Europe. One can access almost any European city within an hour by air and if you travel by car you are bound to cross the border into one of the four neighboring countries; Austria, Slovakia, Poland, or Germany. Ah, Deutschland. Without confusion or doubt, Germany is hands-down one of my favorite countries and for a variety of reasons; the traditions and colorful folklore, pictorial castles and access to chic metropolises, imperial mountains, and historic seaside boardwalks. I also have German heritage in my blood. Oscar Wilde once said, “Life is too short to learn German!” Ha! But for me, I happen to love the language … and the food.
I first fell head over heels with German food with the famous schnitzel years ago. Made from either a pork or chicken filet it is first floured, rinsed in an egg wash, breaded and then fried until it reveals a proud golden-yellow exterior. It’s sister dish, the Wienerschnitzel, is made exclusively from veal and is the national dish of Austria. My interest in German food however has railroaded over the years into more adventurous dishes. For example: Wildschwein (wild boar), Schweinebraten (pork roast), Sauerbraten (sour roast), Käsespätzle (baked cheese/onion spätzle), and Bratwurst (sausage).
Upon returning from our recent Easter trip to Saxony, I was inspired to take on a German dish and also learn how to create my own homemade spätzle. After all, being part German it was time for a culinary diversion and opportunity to learn. So what exactly is spätzle? Spätzle is Swabian noodles from the Baden-Württemberg region of southwest Germany made from eggs and flour. By virtue of its composition, it goes without saying that it makes an ideal bed to catch all the aromatic tasty bits of a traditional dish and the sauces. You can purchase ready-made spätzle or you can give it a go on your own accord (I prefer the latter). The ingredients are extremely simple but the technique itself takes a bit of concentration on the home cook’s part. 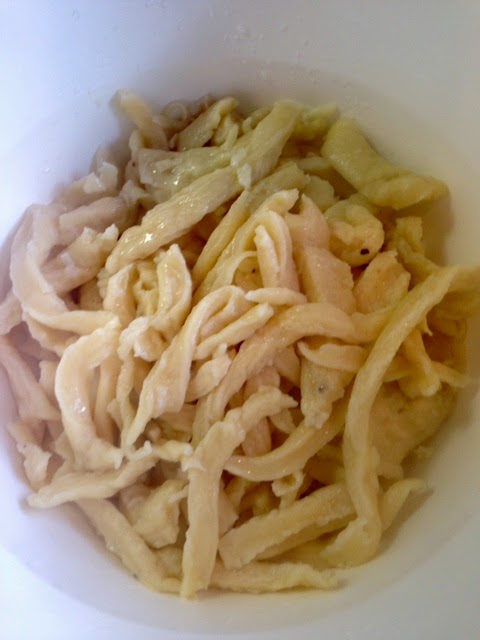 I must be transparent to tell you that when I gave my Saturday spätzle a go in my kitchen, it went off with a few hitches. Issue 1. My dough was too thick — this was caused by using 1 cup milk instead of using 1/2 cup water and 1/2 cup milk. By using just milk I found that it makes the dough too rich. Issue 2. I do not have a spätzle press (yet) but spätzle can be created by using a colander or similar designs (view). The other method is by cutting board and pastry cutter – the oldest and most traditional way to prepare Spätzle (but the most challenging). I followed this video for my how-to on using the cutting board technique. Have a look and see how it is done.
The cutting board from the get-go? Well, let’s say I slightly burned myself in the simmering water (was paying attention to the size of my spätzle) and I also dropped the entire board on the kitchen floor! On my feet. Ouf! Too much pressure on the board made it flip. My problem? I wanted to go fast and zip the dough right into the water but I forget I am not the German grandmother who has been pulling this off for the last 80 years or so! Tip: slow down. The technique works quite well and I chose this method because I believe most readers have a cutting board and pastry cutter/knife, seemed logical for this blog!
This week’s feature is the German hunter sauce served with mushrooms, paprika, and onions (called Geschnetzeltes) over a bed of homemade Spätzle. I have listed both recipes side-by-side and included some handy tips. The sauce takes less than 30 minutes to prepare and spätzle only cooks for 2-3 minutes.
Conclusion? Not only was this pork recipe absolutely delicious and a “keeper”, I found it very interesting to learn these German dishes and found how different the sauces vary from France yet how similar they are to the Czech dishes that are here in town. With future recipes to be posted, including homemade sausages, I look forward to sharing more recipes aus Deutschland in the future with you! 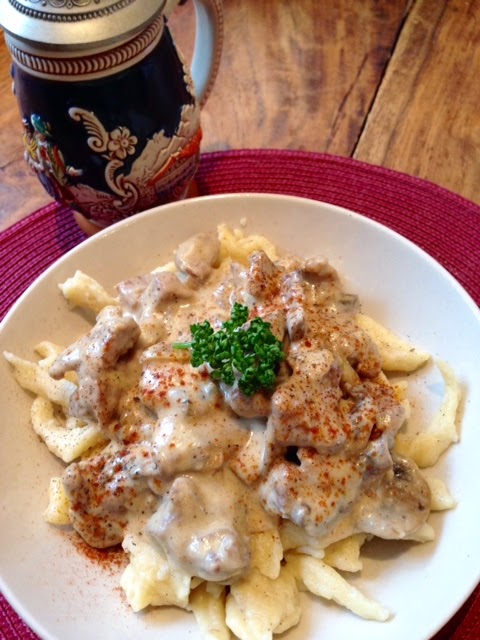 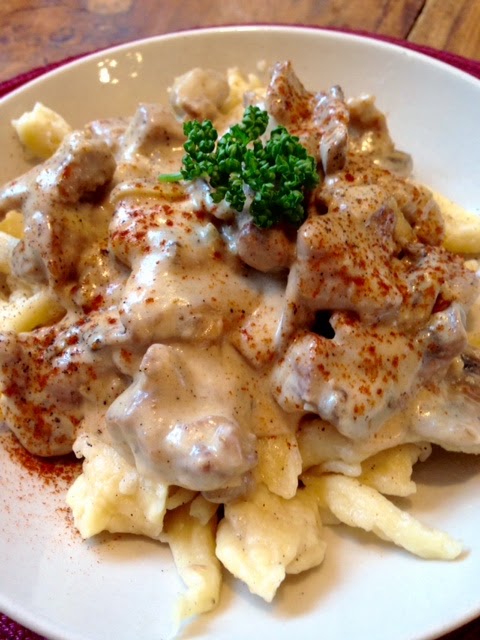 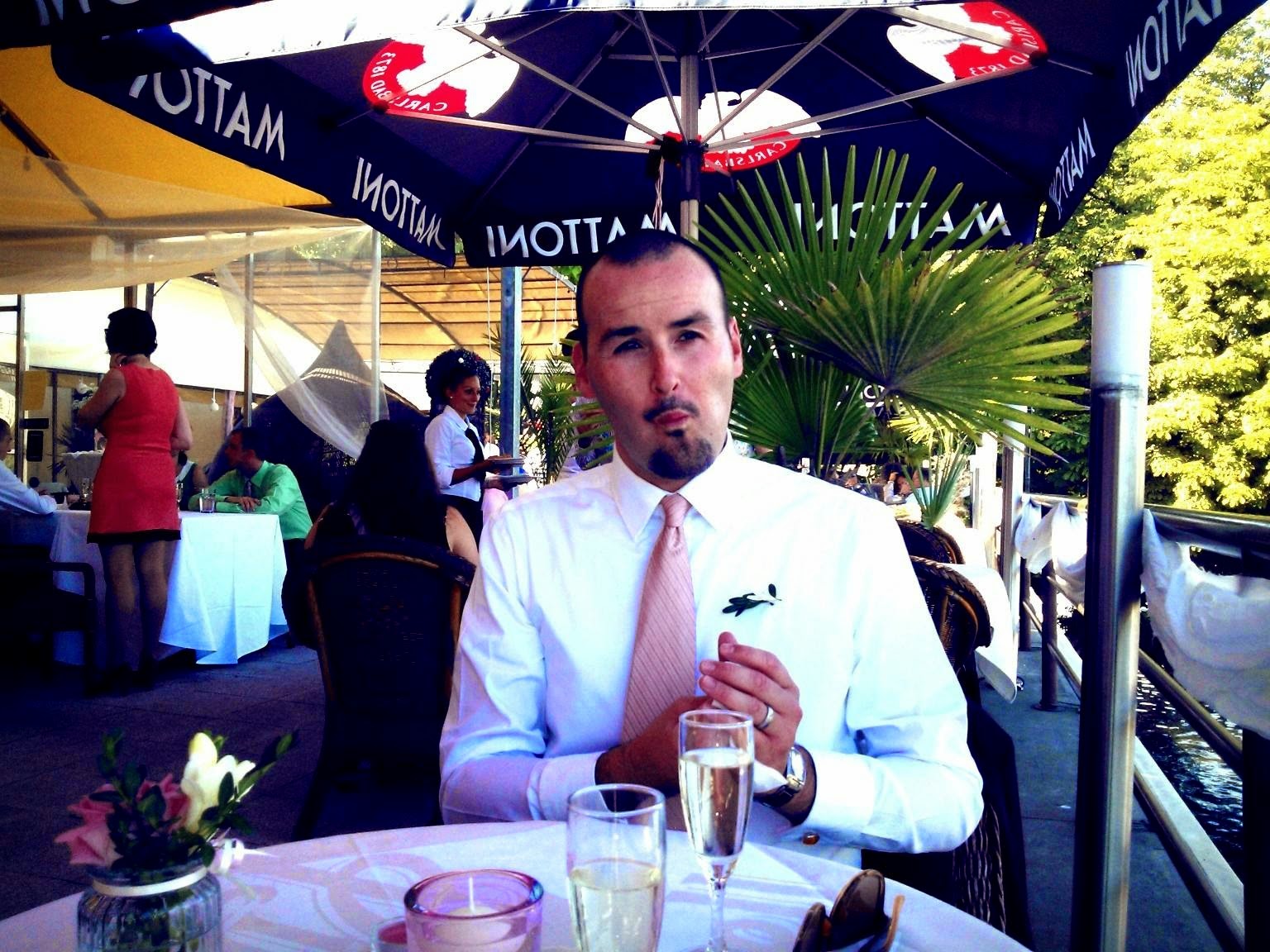 Based in Prague, I am navigating my way through European classics and learning my native New England favorites. A collision between travel & taste, join me on my (mis)adventures, both in and out of an apron with lively stories and the very best of recipes.

Let’s not forget #donaldtrump has a foreigner wife who got here on an “Einstein” Visa. 🤔 Totally legit immigration to USA, am I right? #borderwall #truth #immigration #USA

** Be a conscious shopper, think before you buy. Know your products, shop with your heart. Be informed: #greenpeace #PalmOil #orangutans #rainforests youtube.com/watch?v=TQQXst…

@SenFlakeStaff Sculpt your legacy by standing independent and honest, upright, for all citizens! #DumpKavanaugh be the man to make thus right! #justice

@SenBlumenthal Please stand with women & marginalized communities and work with swing colleagues to #DumpKavanaugh - we rely on you! #connecticut #civilrights

@lisamurkowski Follow your countrymen, women & marginalized communities! #DumpKavanaugh and see a choice 2! Bravery and voice is #america we stand up for #women! #alaska