Egg Wonders of the World: The French Soufflé

There’s nothing quite like rolling out of bed, cool water on your face to wash the sleep away, a hot pot of coffee, and turning on Fleetwood Mac. Saturday rolled in like a Prague fog today, calm and slow, a steep blowing from the hills of The Castle.
I was the first one up. It is not like I do not enjoy the company of the husband but there is something a bit nice about having that corner of the couch all to yourself for a minute or two. I slept in a bit later today than usual as we had just spent the night out with two dear friends of ours, V & H. With the waitress fluttering away with our drink order, V pulled out a bag and handed it to me across the sticky, wooded table. “For you, honey,” she said with a generous smile. To my delight, I pulled out several varieties of cheese from Scotland and Britain – “Wow! Where did you find all of these?! Thank you!” She gave her wrist a toss in the air and without breaking a beat, “Honey, you owe me your mac & cheese recipe after all,” and then threw me her signature wink.
Drinks lasted well into the eve and it was nice to all be out again after a few weeks of January hibernation.
Back on my couch this Saturday morning and a few tracks in with Stevie, I had the utmost of intentions to keep my promise for a very relative, rich mac & cheese recipe to cook/post but then I realized I did not have one ounce of pasta in the house. Zero. Zilch. Nada. Getting up for another coffee I checked the cupboards again. Yep, nothing. “Ach!” So tomorrow it will have to be.
Back to cheese; the magical food of the gods. Cheese goes with just about anything except a bowl of cereal and maybe a chocolate bar. I happen to love the stuff and could easily polish off a log of goat’s cheese in one sitting. With the brunch hour approaching, I had a hankering for cheese and wanted to cook something up for the husband (still slumbering a room away). I also have quite the passion for eggs, as you may have already noted.

I got it! A Soufflé au Fromage! Ah, the excitement of watching the soufflé rise and balloon and even a sliver of fear that it just may won’t. Making a soufflé is rather uncomplicated but you have to get every step just right. Perhaps eggs are at their most divine when they are served as a soufflé, in my opinion. It is creative, too. What you decide to put in your soufflé will ultimately decide what it is called. For example a “soufflé aux champignons” (mushroom soufflé), “soufflé aux epinards” (spinach soufflé), or a “soufflé de saumon” (salmon soufflé). You see, you can put just about anything into that mixture under one condition: don’t deflate your egg whites.

People often seize up in terror when you mention egg whites but if you are properly cracking an egg and using a clean dish without yolk residue, you are good to go. See my Tips section where I explain how you can master the egg white technique. Once you have this technique down, and I am most confident you certainly will, you will be using egg whites not only in soufflés, but in chocolate mousses and other dessert batters for cake and so much more.
Join me today and learn how you too can master a soufflé. I have posted the complete classic French recipe but it is my hope that after you will have this preliminary dish down, you will begin to experiment with different ingredients to make your own signature dish. Everyone loves the drama that is a soufflé and I am certain your guests will love it. My husband certainly did this morning at brunch.
This post also is a special tip of the hat to a dear friend, Heidi in Connecticut, who has been looking for this recipe for quite awhile. I had you in mind when I was putting mine together this morning! This one is truly for you.
With the last Fleetwood Mac song coming to a close, I bid you a good pat on the shoulder and good luck! Go get cooking and enjoy yourself! Upload pictures to The Bell Kitchen’s Facebook page or post any questions there you may have.
(And don’t forget to have a good soundtrack whilst cooking away this weekend…) I got mine. 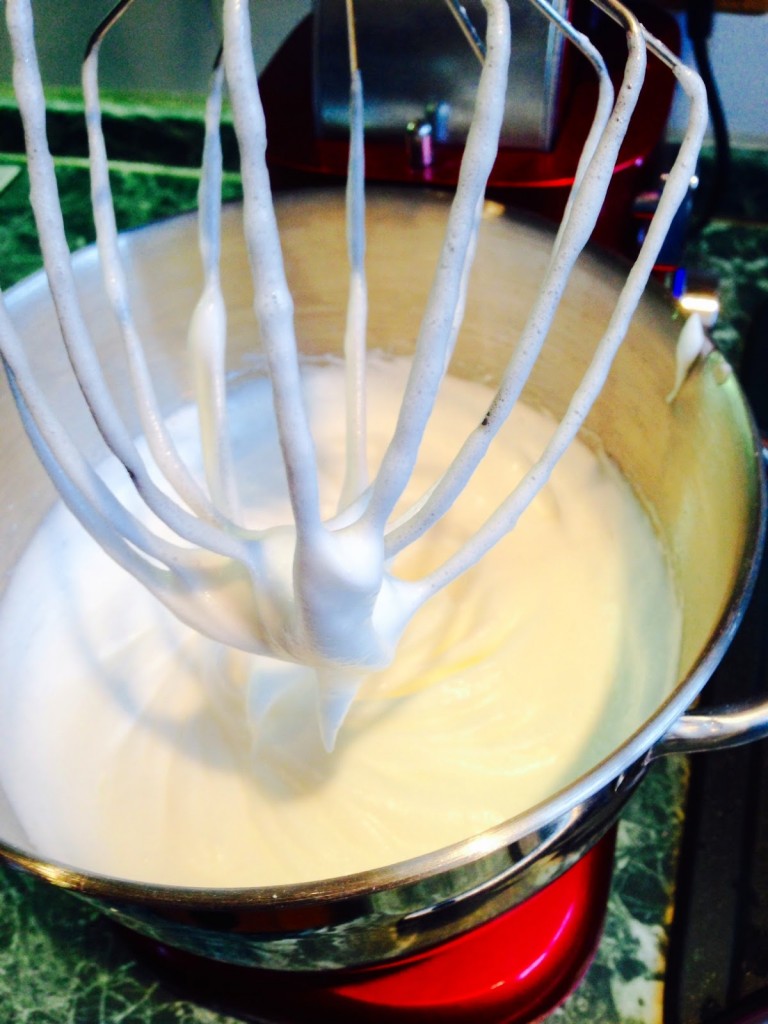 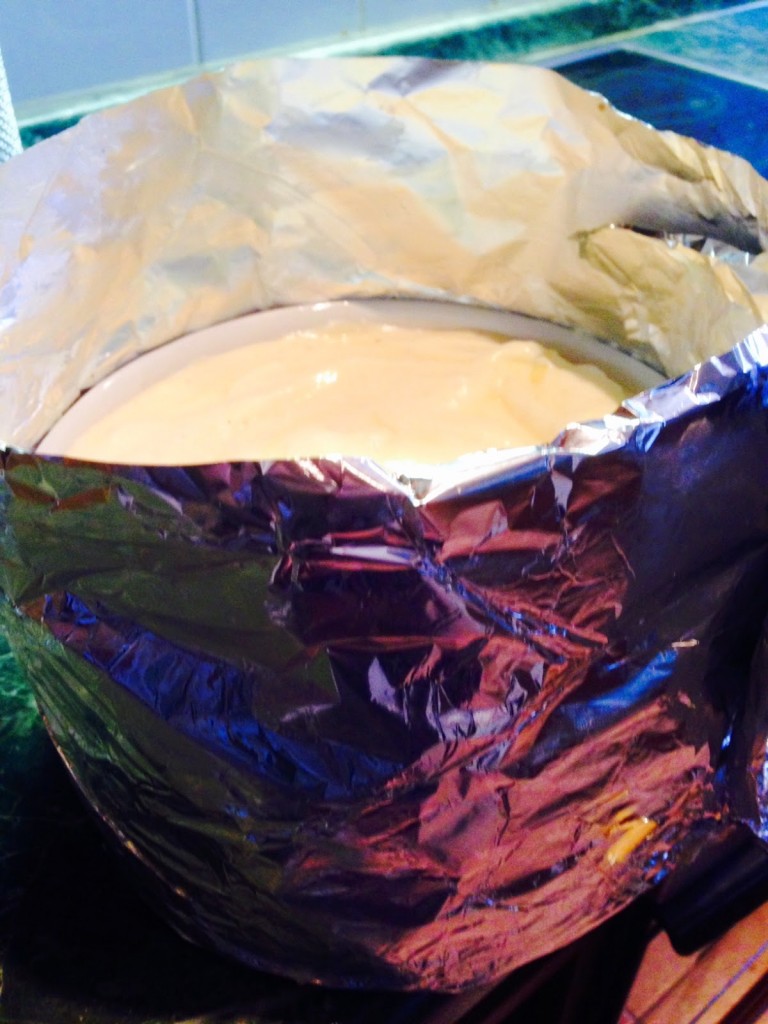 Wrap your dish with a buttered collar 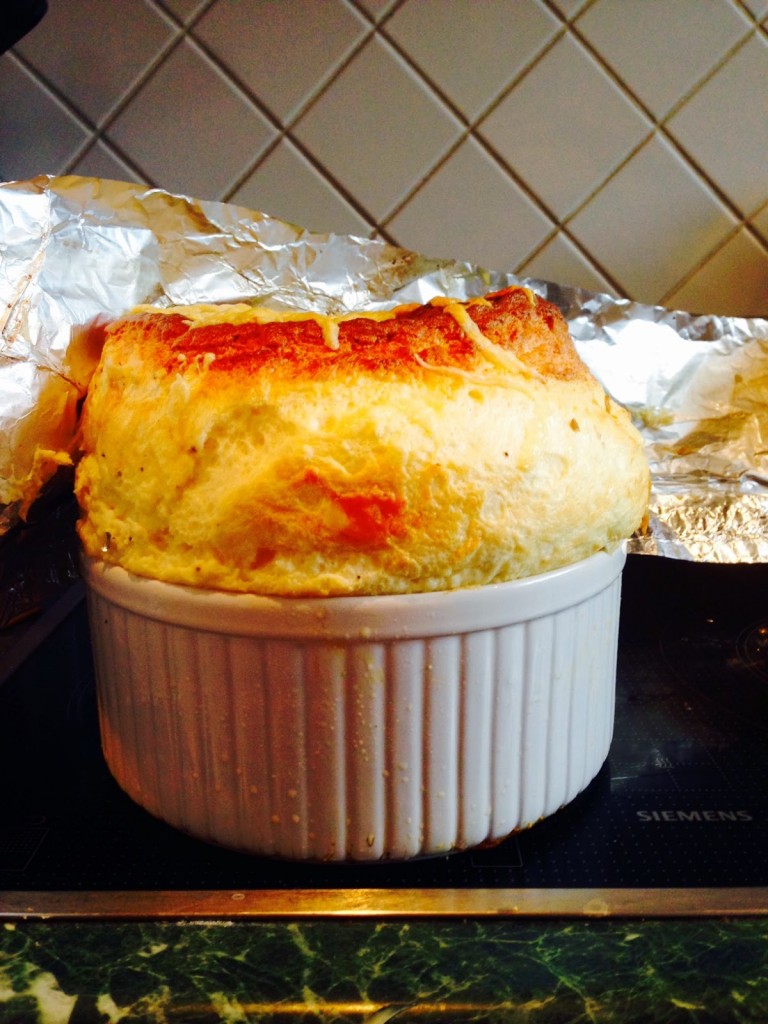 Unwrapping to present your souffle! 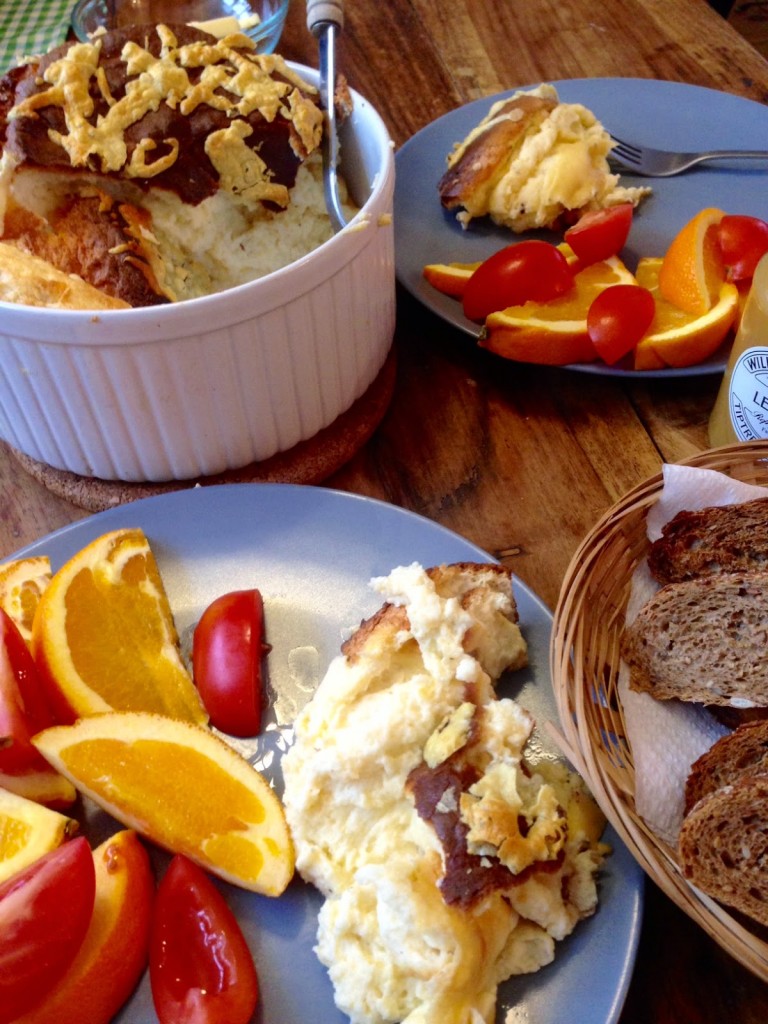 Enjoy a dramatic egg brunch for you and your friends: the souffle 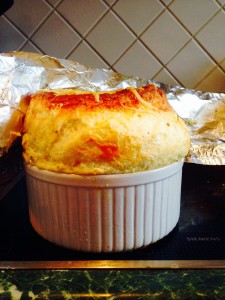