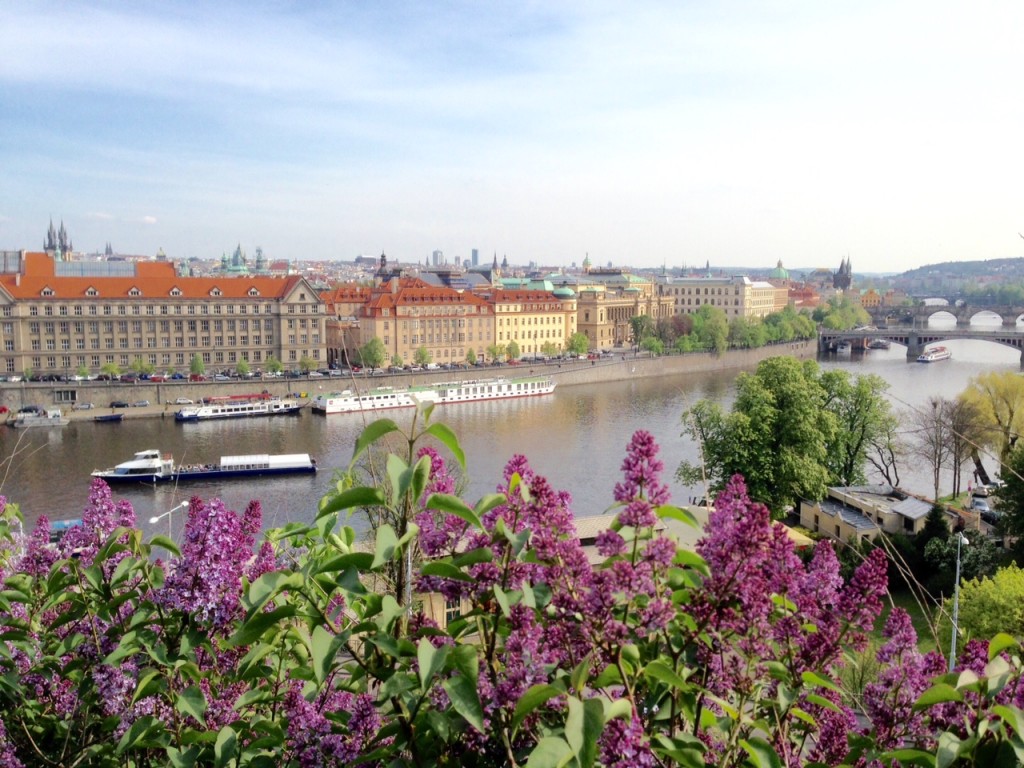 Ah, Monday, here you are again to rise me from my sleep in your defeated look, shrugging your shoulders from my bedside as if to say, “don’t shoot the messenger.” The room is a faded, vintage blue. The weather has not revealed itself as I pass under the skylights to wash the sleep from my face. It’s Monday but I have no despair – it’s a new day and I have a run to get going on.

I think the morning is perhaps the best part of the day. I am a self-proclaimed early bird as I believe the morning hours are the most holy; they are untouched moments and void of the frustration splintering out from the metro rush, email notifications, long coffee queues, and obligatory office small talk. Mornings for me are private, contemplative, and even possess a sliver of selfishness as the time can be spent solely on you and a desired activity.
And you? Are you a morning person, too?
Last Friday we had set the alarm to start the day early as the 1st was a holiday here in the Czech Republic. Most European countries spent last weekend commemorating the liberation of Europe by the Allies 70 years ago. Regrettably, our plans to get away early in the day to Plzeň were washed out, a drizzling disappointment indeed. Friday was the opening day to a week-long festival celebrating the liberation of Plzeň and the western Czech lands by General Patton and the Third Army. Also, the anniversary is a special one to me as my uncle had served in the War and had helped to liberate the city. We vowed to make it there on Saturday, however, which we did! It was an impressive, proud display under blue skies set to the humming sounds of the historic tanks and horns, the fabric snaps of country flags in the breeze, and valiant Glenn Miller tunes calling from the square.

But the pomp, parades, and pageantry weren’t until Saturday so what is a guy like me to do on a rainy, Friday, bank holiday morning? I may just be a bit of a niche, but for me it called for finally learning how to create and bake my first Pain de Mie, or French sandwich bread in addition to a raisin bread (which you cannot properly get here if your reputation depended on it!) Naturally I had seen Julia’s delightful episode “The Good Loaf” from The French Chef almost a year ago so I decided I would do just that – I would spend the morning with Ms. Child, first on the couch with a cup of coffee watching a refresher episode and then in the kitchen. C’est ca. 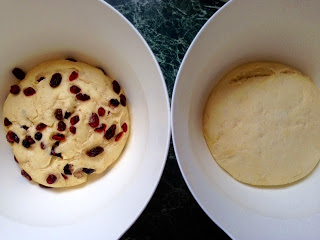 Split the recipe and make two!

If you are to embark into baking bread ensure that your day is mostly clear as the different rises (in this case 3) will require attention about every 2-3 hours or so. Although it is a longer process, the benefits of learning how to bake your own bread are plentiful. Knowing what exactly is in your bread is number 1 for me as I can’t help but be paranoid on how much “-ose” or sugar, salt, food coloring, and preservatives are in my bread. The husband, by virtue of being a European, thinks that the freedom of being able to slice the right thickness is tops. Most European loaves actually do not come pre-sliced nor are pre-bagged and often the patron can decide to take home the whole loaf or to have it sliced fresh in-store. A much better approach I believe and I wonder why it fell out of fashion back in America.

So Friday morning I put my apron on and I went for it. What I discovered was that the process was surprisingly easy. Pain de Mie and raisin bread follow the same recipe — flour, milk, butter, salt, and yeast. That’s all. The recipe for me, a novice baker, was simple enough that next time I will double the recipe and freeze a loaf or two.
The Friday rain continued to flow down the flat’s gutters as I waited for my morning dough to rise and call me back to knead. During that time, however, I managed to whip up a French Mousse au Chocolat and set it to cool in cocktail glasses and also created a vinaigrette. During the bread’s second rise I spaced out about a dinner party, phoned a few friends and agreed on it (“don’t forget the wine!” I pleaded), and then I started to saute mushrooms for a party soufflé. I guess it was quite the French Friday — a coincidental dinner inspired by Normandy?
I love mornings and I love to be productive during my mornings. I also love education and learning to try new things that I sometimes always thought I wouldn’t end up being good at. Baking is one of them so when you do surprise yourself – no matter the challenge – and pull it off it feels pretty awesome. Pretty liberating, right? Right.
Now if you’ll excuse me, it’s time for a nap. 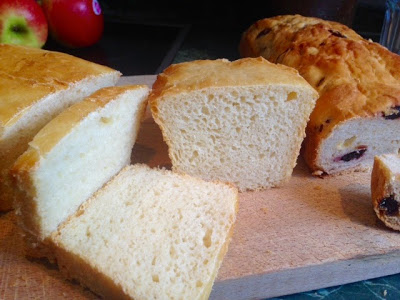 Highlights from “The Good Loaf” 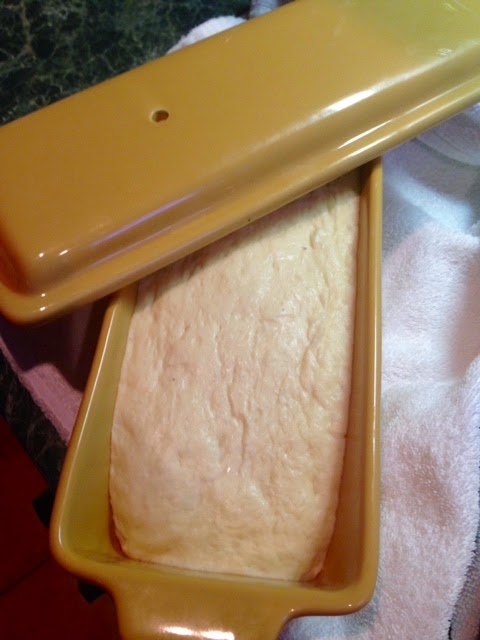 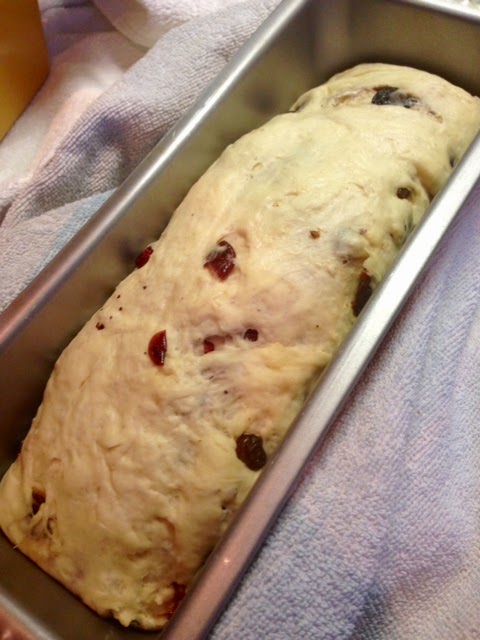 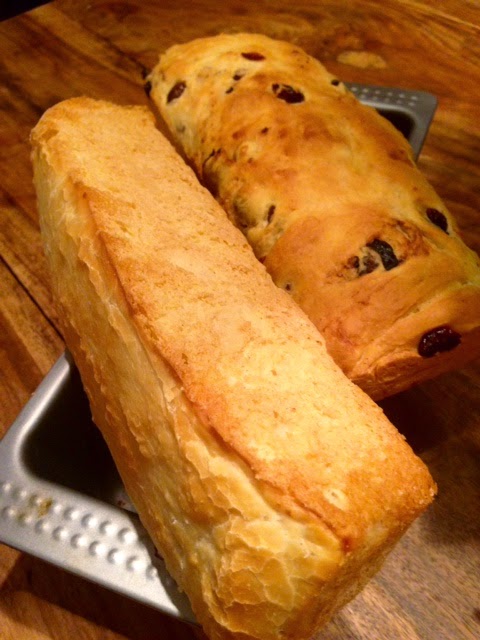 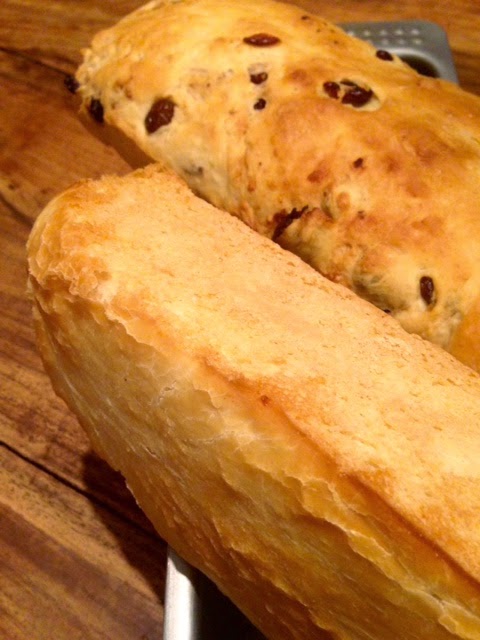